Finca “El Guachipilin” anex to “Finca La Hermosa” is the name of the farm, which used to be part of the immense Finca La Colina; the coffee pioneer in the municiple of Acatenango, Chimaltenango.

Finca La Colina was previously owned by Mr. Mateo Mejia Mazariegos, who won various national and international awards for his excellent coffee. La Colina was the first farm to have both wet and dry mills at beneficio “La Providencia”. Once the farm was split into different working sections it had both at beneficios “El Socorro”, “Palo Verde”, and “Platanar”, among others.

Subsequently, the farm was then split into five working sections: La Colina, San Miguel, El Pensativo, El Carmen and San Mateo. All these divisions are within the municiple of Acatenango neighbouring the towns of San Antonio Nejapa and Los Planes.

In 1950 Mr. Mateo Mejia passed ownership of “San Mateo” to his son Jose Maria Mejia Monzon. After just, seven years running the farm, Jose handed the reins to his son, Carlos Mejia, who successfully managed the farm until 2002. At this point, San Mateo was split further into four by his four children, Carlos Humberto Mejía, Thelma Mejía, Virginia Mejía, and Manuel Mejía.

In 2010, at the young age of 26, Max Fernando Perez Rios acquired the four parts of the farm and reunited it to what is now known as “Finca La Hermosa”. Max Perez, who himself is the third generation of coffee farmer descending from Huehuetenango, grew up on his family’s coffee farms. He now manages every process at Finca La Hermosa, from the coffee nursery and the planting of new varietals, to the harvest, the wet milling and the sun drying on patios, finally the selection of the parchment and the packaging at the farm. This ensures Max knows every step of the process for every crop, so that the highest quality is assured. 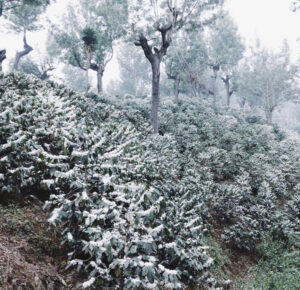 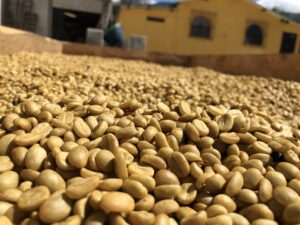 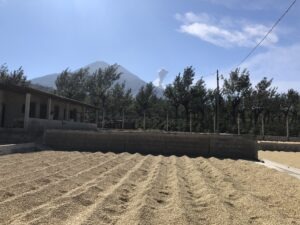