In 1960, Mr. Gumercindo Martínez the father of Mr. Petronilo de Jesús Martínez and one of the first 4 coffee producers in Hoja Blanca, Cuilco, Huehuetenango inherited to his son an area of ​​2 hectares to establish his first coffee plantation.

From 1969 to 1973, Mr. Petronilo was the President of the first Cooperative of small producers in the region. At that time, his harvest was of 5 quintales of parchment coffee. In the year 1974 his harvest increased to 22 quintals of parchment as a result of his hard work and implementation of techniques that improved the productivity. Some years later, he acquired a new area to grow coffee and thus build his own wet mill and drying area.

Since 1996 until nowadays, “Finca El Amate” maintains an annual production of 700 quintals of parchment. Mr. Petronilo exported his first batch to the United States in 2004. Being passionate with the production of specialty coffees, at the age of 77 years and with the help of his little son Petronilo Junior, they both continue to produce high quality coffees that they currently export to countries such as the United States and Canada.
In the last 5 years, we started offering experimental processes to our clients, thus producing exceptional natural coffees. 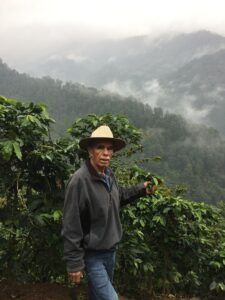 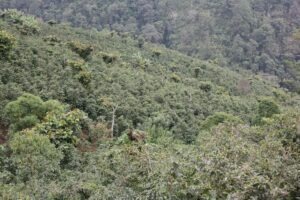 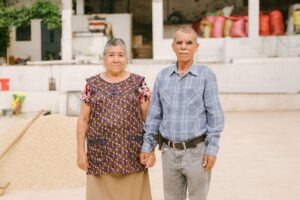 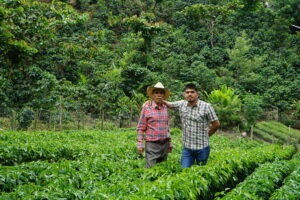 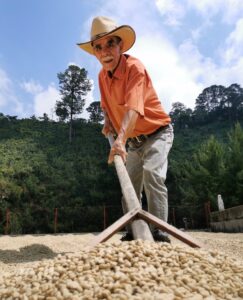