History of the Farm:
It is a property of fifty-six hectares of extension that were reforested in the year 2000 with coniferous forest. Of the total extension twenty hectares were planted with coffee (This area is composed of four lots of five hectares each). The planted forest was used as shade for coffee, and this is its fourth year of production. The plantation was established with the mindset of producing a coffee that could win the first place in the Cup of Excellence. For this reason, a genetically improved Pacamara variety was selected to start this farm, and only the plants that showed dominance of Maragogype were planted.

Work Practices:
Activities and cultural practices related to coffee, but oriented towards achieving the highest quality, among which may be indicated especially fertilization and harvesting.

Benefits or Social Projects:
The farm is the most important source of work in the surroundings of Canton Santa Rosa and has prompted many residents to begin in the cultivation of coffee, thus contributing to the generation of work in the area. We also engage in social activities with those who surround the farm by celebrating Christmas with all the children taking them toys, piñatas, and sweets.

We selected the plot at the highest point in the farm to participate in the Cup of Excellence. This plot along with the rest of the farm was fertilized and harvested following the guidelines to produce a Gourmet coffee. The milling process was carried out in a nearby farm owned by the same company.
In the future our goal is to continue working closely as currently done, especially focusing in improving the fertilization programs and milling process until the quality of our coffee becomes the standard for the first place of the Cup of Excellence. This farm is the legacy in coffee knowledge of a Jorge Raul Rivera one of the owners (1938-2013). He was not only a professor at the University of El Salvador, and taught for 10 years coffee cultivation and processing, but has worked in the area since 1978. He also pioneered the establishment of the crop in the north of the country (Chalatenango).

Milling: Mechanic
Type of Wash: Manual
Type of fermentation: Natural
Water treatment: Water is taken from a small stream that flows through the farm for washing the coffee; the wastewaters are deposited in small ponds of absorption.
Dry Type: Sun dried in concrete patios 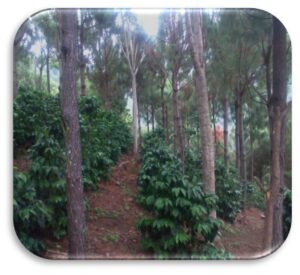 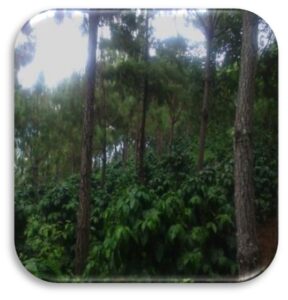 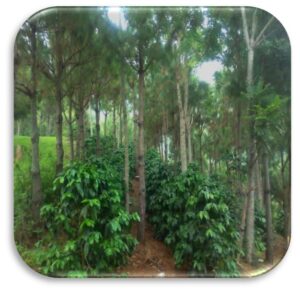