Fabio Antonio Caballero is the owner of las Virginias Geoff farm located at 1700 MSNM in Mogola, Marcala, La Paz. It was planted 5 years ago, it has planted Geisha and Pacamara. The Caballero family has been dedicated to coffee for 51 years, the tradition dates back to 1910 when Fabio Caballero's wife grandfather; Sandra García Argueta, Don Felipe García exported coffee to Germany.
They have learned to take care of the water sources, birds and other animals that inhabit the farm. They sponsor a kindergarten where there are already many educated children, 12 people work on this Geisha farm in the coffee harvest season and they remove the pulp with 2 people in manual machine and dry on African beds, fertilization is mixed.
For Fabio, the cup of excellence is a window to the world and that is why they want buyers to know the Geisha from las Virginia Geoff farm, they have participated in the cup of excellence in 2004 and 2018; Since is the first good harvest from this farm, they want to make it known through the Cup of Excellence.
What motivated them to participate in Cup of Excellence was to see that when tasting the coffee was like rose tea, honey, grape, floral, sweet, it tasted like lemon, molasses and blackberry; and they found it important that this coffee participate in a cup of excellence because it is very good coffee, the entire Caballero family is dedicated to coffee. 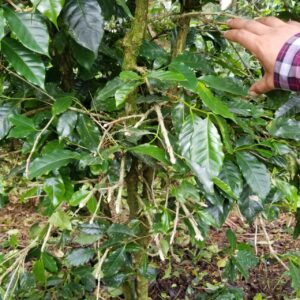 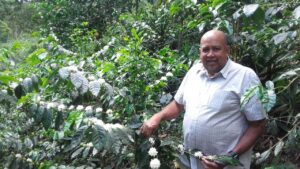 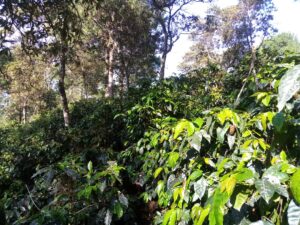 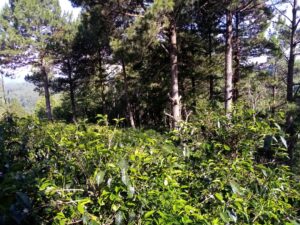