Fazenda Recreio, which has been a finalist and even champion of other “Cup of Excellence” 2001 (finalist), 2003 (4th), 2004 (Champion), 2008 (2nd), 2009 (3rd), 2010 (4th), 2011 (9th - Late Harvest) and 2013 (5th - Late Harvest) once again shows that the farm is special for the production of high-quality coffees.
Located in the city of São Sebastião da Grama, São Paulo, a region known as the Vale da Grama, Fazenda Recreio features excellent characteristics such as fertile soil, mild climate, elevation varying from 1000 to 1350 meters, good exposure to the sun, which make up the perfect environment for the development of coffee crops.
For five generations the family, since 1890, this year harvested its 130th crop in the name of Homero Teixeira de Macedo Júnior and Maria Dias Teixeira de Macedo. The administration is run by Agricultural Engineer Diogo Dias Teixeira de Macedo, the son of the owners, who has worked on the property since 2000, where he learned a lot about coffee production from his grandfather.
Due to the topography of the region, all of the handling of the crop is done by hand. The farm has 68 houses with all necessary infrastructure for the comfort of its collaborators. It promotes sports and culture, having a soccer field, a church, a health clinic, and a computer lab for the workers’ children. There are about 40 full-time works and 60 temporary ones who are hired for the coffee harvest.
Concerned about the environment, the farm has an extensive area for environmental protection, with native vegetation and exuberant fauna and flora. Along the same lines, a program to reclaim the innumerous springs and riverbanks is being undertaken. Environmental conservation classes and ideas about sustainability are passed on to the collaborators and their families.
The harvest is done by hand over cloths, beings in the middle of May, when the fruit displays good maturation and a small percentage of green fruits. The farm processes the harvested coffees in two ways: the wet method, which is Pulped Naturals, and the dry method, in which the coffee is washed, separated and spread on the patio inside the cherries, where it remains until reaching an average humidity of 20%, to then go to the dryer.
The coffee remains in the dryer until reaching 11% humidity, only then is it sent to rest boxes to “rest” and homogenize the drying. It remains there for at least 15 days and after this continues to processing.
All the coffee produced on Fazenda Recreio is tracked, from harvest to shipping and storage in warehouses. This work guarantees the quality and the origin of the coffees produced, thus being referred to as Recreio Estate Coffee.
Quality is the main focus of the farm, in order for this to occur perfectly courses on coffee crop management, application of pesticides, post-harvest processing, and sanitation of tools and machines are taught, always thinking about avoiding exposing the recently picked beans to sources of contamination as much as possible.
In order to guarantee and verify the origin, Fazenda Recreio has its production certified according to the Sustainable Agriculture Network – Rainforest Alliance, which is an international-level set of economic, social and environmental criteria for the responsible production of coffee.
The production of specialty coffees by Fazenda Recreio has already been recognized internationally. It won Cup of Excellence in 2004 and was runner up in 2008. In addition, Fazenda Recreio is two-time champion of the São Paulo State Coffee Cup of Excellence (2005, 2008 and 2012) and a finalist in several other quality contests. This demonstrates that the farm is concerned about maintaining quality standards, always innovating and improving the techniques used in the handling, harvest and post-harvest of the product
The coffee chosen to participate in Cup of Excellence 2021 is of an exotic variety – Geisha – fruit of a partnership project between the farm and the Specialty Coffee Program of the Agricultural Institute of Campinas (IAC) through researcher Gerson Giomo, in which varieties with specialty coffee potential were selected from a germplasm bank. 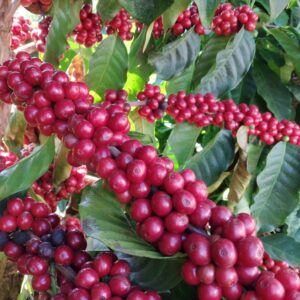 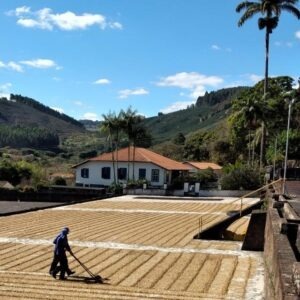 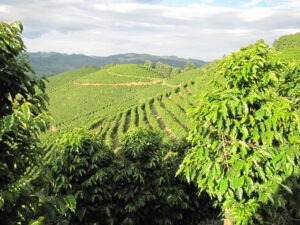 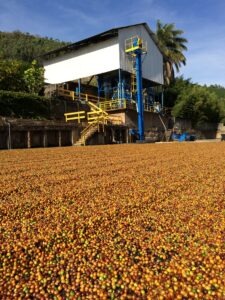