The first generation that started cultivating at Finca Los Pozos is my father Antonio René Aguilar in 2016, with the Pacamara variety.

Later, as a second generation, by inheritance from my father, I have resumed coffee cultivation at Finca Los Pozos since 2019, with the Pacamara variety.

The farm "Los Pozos" began to be cultivated under the current name in 2016, since my father gave me an inheritance, and I identify with that name because of the natural water springs within the farm.

The “Los Pozos” farm currently consists of 18 blocks of land, of which 14 blocks are cultivated with coffee and 4 with natural forest.

It is located in the northwest corner of the department of Chalatenango, about 15 kilometers before reaching La Palma. It is located on the slopes of the mountains that form the Alotepec and Metapán mountain range, at about 1500 meters high.

Over time, its structure has been improving. Thanks to the introduction of electrical energy, it has been possible to build a small artisanal mill where their own coffee is processed. Streets have also been built that facilitate the transfer of coffee from the coffee plantation to the mill. The process that is carried out to prepare the coffee is washed, honey, natural and dried in a patio or African beds.

It is worth highlighting the fact that our small operation contributes to the local economy by providing work during the cutting season to a group of about 30 workers. 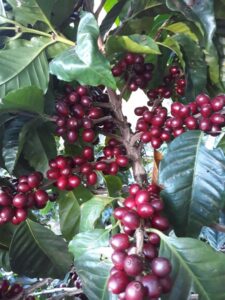 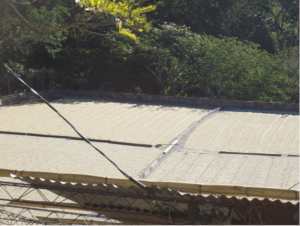 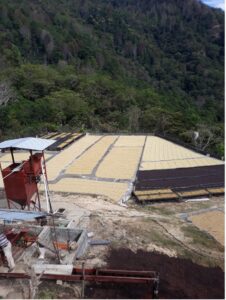 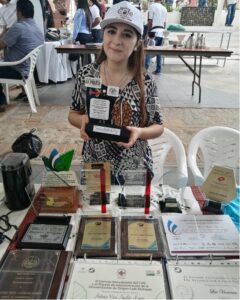