The history of the Eco Mario farm begins when Don Andrés Condori Villaroel (Grandfather) buys the farm in the year 1970, in the Yanatile District Calca Department of Cusco, subsequently Don Mario Mejía Gutiérrez and his wife Doña Lorenza Condori Quispe They acquire the plot of the grandfather, starting the family passion for coffee. The first plantations installed by Don Mario Mejía were the Arabic varieties such as the typical, Bourbom and Caturra in 1982 at an area of ​​one hectare, after four hectares was installed where in the effort of marketing the coffee, it had to be transported in Animals such as donkeys, mules with more than three hours to the center of Quebrada, capital of the District, in 2013 the Roya affects a large part of the coffee that for years work the family, that reason to renew with rust resistant varieties, Only the coffees that could be saved are preserved until today. Coffee plots are at the height of 1790 m.a.s.l and farm "Eco Mario" as it was called until today is part of the Manu Biosphere Reserve, as it is located in the damping area of ​​South America's most important Natral area, The Manu National Park. Currently, coffee is working with a dynamic and ecological agro handling, prioritizing environmentally friendly practices, actions implemented by Juan Carlos Mejía, one of the children has also become a producer, focusing their efforts on improving quality and Productivity of the cafes that the family works. Additionally, today we have 2.5 hectares of coffee from the Bourbon, Limany and Catimor varieties where new strategies in organic and agroecological processes are experienced and applied. Coffee has helped in many aspects to the family, including children's studies, so it is always committed to improving quality taking advantage of the agroecology of the area and generating practices for sustainability with differentiated café processes. Nowadays, processed cafes are sold and processes based on organic cafes are tested. 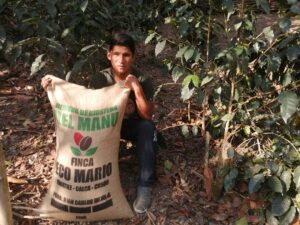 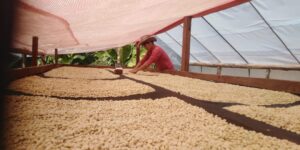 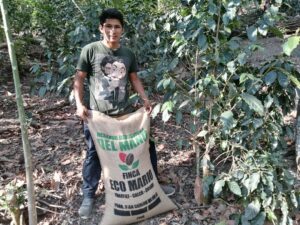 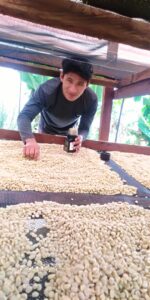 I returned to my farm from many years and with a lot of knowledge and passion to improve my farm, convinced…

The farm name is NUEVA ALIANZA, the name originate from the partnership we formed together with my father in…