History of the Farm
Producer Waldemar is a a fifth-generation coffee producer who always focuses on quality. Over time, with new technologies and opportunities, a focus on greater quantity and quality aroused the power of knowledge. Six years ago the opportunity to acquire the property arose. When he bought the property, everyone said he was crazy, that nothing would work at that altitude. He said he would plant coffee, no one believed him, saying that coffee wouldn’t produce at 1530 meters of altitude. But he planted and little by little has moved forward, always seeking new knowledge.
This coffee was the first picking of the year. The producer hired women to attain the highest quality possible through selective picking. This isn’t very common, and women pay more attention to details, resulting in much higher quality.
On the farm many people are involved in a partnership system in which everyone gives maximum attention and does the best possible work.

Coffee processing system:
This coffee was picked selectively and the producer decided to process it in the wet method as he had already used this process and achieved great results. The coffee was hulled and placed on the patio for 24 hours without raking. Then it was raked periodically until reaching its resting point. Then five days later it returned to the patio until reaching 11% humidity.

Concern about quality
Our principal objective is to have greater assertiveness in making decision about processing because we know we have altitude, but this is not enough to produce one of the best coffees. Our main concern is the agroforestry system; in order to have excellent coffees we must preserve nature. Without this concept we are nothing. 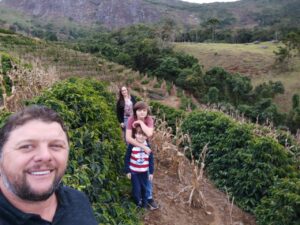 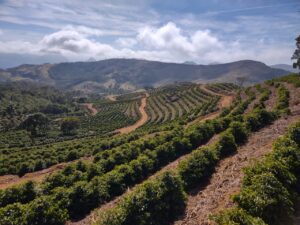 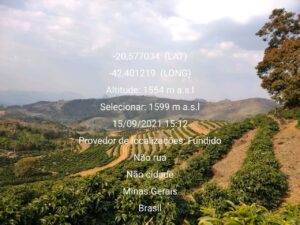 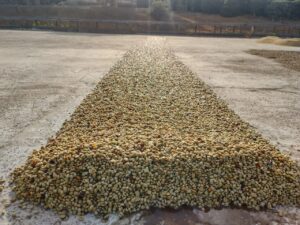 Farm History Purchased in 1991, already with a small coffee plantation - we love the climate conditions and…