FarmReview: Finca El Salitre is the first producing farm belonging to the Alvarado Fonseca Family, which they acquired in 2005, and with which they started coffee growing and developed the Corazón de Jesús Micro Mill in 2015. The collection work in the first years was carried out through the family, but as production increased, labor had to be hired from indigenous Panamanians and Nicaraguans. After 6 harvests, one of his sons; Johnny Alvarado Fonseca, 21 years old, is participating in the Cup of Excellence with an Anaerobic Catuaí. This farm is located in Piedra de Rivas and measures around 19 hectares of which 16 are planted for coffee and the other 3 are in reserve for the different species of flora and fauna of this property, the average annual production of this farm is located at 500 bags, since some of the crops are still growing. This farm has about 9 varieties including Catuaí, Caturra, Bourbon, Típica, Mibirizi, SL 28, Java, Geisha and Ethiopia, and maintains a height that goes from 1700 meters above sea level to 1950 meters above sea level.
Lot Review: The lot that today represents Johnny Alvarado Fonseca, his family, and the Corazón de Jesús Micro Mill is an Anaerobic Catuaí from Finca El Salitre at an altitude of 1950 meters above sea level, at a point called SHËRI BATÄ, or Salitre Arriba; This name refers to the highest part of the estate as it contains very unique and particular notes and flavors that make it different from the rest of the property. This coffee, like its fellow winner of the Third Place of the Cup of Excellence 2022, has a process developed by the family and the Micro Mill, which is called Double Natural Anaerobic. This process has been developing for 3 years and seeks to create a coffee with more complex, exotic and unique notes without neglecting the origin of the coffee as well as its properties, just as it uses the farm's own microorganisms which make it unmatched. This process, as Double Anaerobic says, has a Double Anaerobic Fermentation, and an Aerobic Fermentation. The duration of this process since it is collected until it is stored maintains an average duration of 45 days. This particular process is one of the most exotic that has been developed and without a doubt it is getting better and better 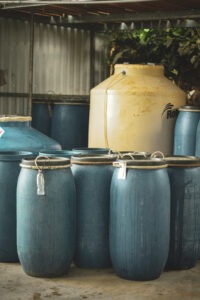 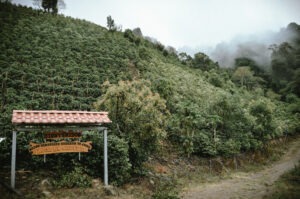 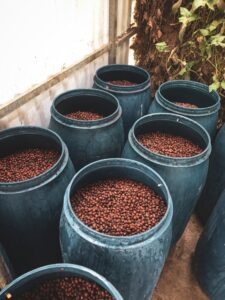 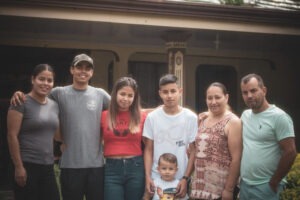 For more than 26 years, Mr. Régulo Gerardo Ureña Chacón has dedicated his life to the coffee production,…

Café Rivense del Chirripó is a family micromill founded by Régulo Ureña and Isabel Rojas in 2005, located in…

Café Rivense del Chirripó is a family micromill founded by Régulo Ureña and Isabel Rojas in 2005, located in…