The first generation that began to cultivate in Finca La Montañita was my father Criseldo Aguilar in 1940, with the typical varieties.

Then the second generation, who is my person, Antonio René Aguilar, I started cultivating at Finca La Montañita in 1979, with the Bourbon and Pacas varieties, and then I incorporated the Pacamara variety in 1996.

The “La Montañita” farm began to be cultivated under its current name in 1979, after my father died and was identified with that name due to the extension of liquidambar trees.

Taking advantage of the knowledge about coffee cultivation and the land that was inherited from me, I started to cultivate my own farm. My father already had parcels of land cultivated with Bourbon coffee and working alongside him was an extraordinary experience that served me later.

Needless to say, my father helped my great-grandfather plant what is considered to be the first coffee crop in the area. It was a batch of approximately three blocks and the maximum production reached about 25 quintals. Another detail that should be noted is that coffee buyers in San Salvador always quoted a higher price for my father because of the quality that, since then, stood out.

The “La Montañita” farm currently consists of 35 blocks of land, of which 20 blocks are cultivated with coffee and 15 with natural forest.

It is located in the northwest corner of the department of Chalatenango, about 10 kilometers before reaching La Palma. It is located on the slopes of the mountains that form the Alotepec and Metapán mountain range, at about 1,400 meters high.

Over time, its structure has been improving. Thanks to the introduction of electricity, it has been possible to build a small artisanal mill where their own coffee is processed and also that of neighbors who do not have their own mill. Streets have also been built that facilitate the transfer of coffee from the coffee plantation to the mill.

Of note is the fact that our small operation contributes to the local economy by providing work during the cutting season to a group of about 25 workers. 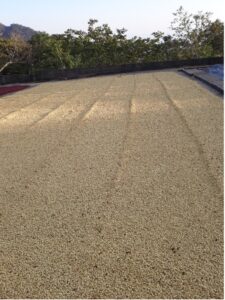 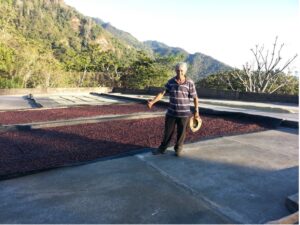 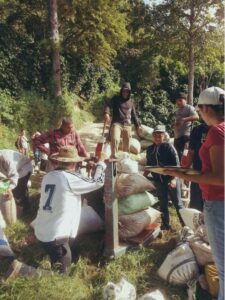 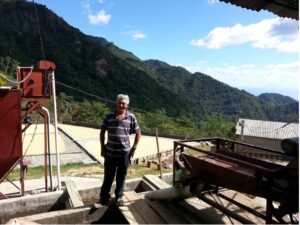 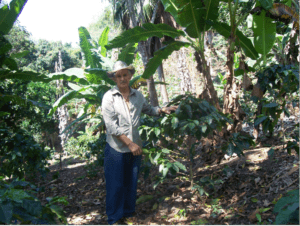