HISTORY OF LA TORMENTA  AND ANNEXES

I was born to be a classical music composer and protector/defender of nature, this latter something I have been  concerned about in a personal and active  way.  Years ago I bought the farm El Gorro, based on a photograph and request by his owner who needed to sell, but as the farm lay within the protected zone of the Sierra de las Minas,, he wanted to make sure anyone that bought it, would  continue working it in the same direction.  Years later I had the intention of buying another farm for the wellbeing and health of my six grandchildren and mine; I visited farms all over the country and I had such a precise idea of what I wanted that few would meet my demands.  It just happened that on a trip to the Sierra accompanied by an engineer topographer to measure El Gorro     while the engineer worked I sat on a boulder and in front of me there as a small white house that coincided with what I had  imagined. A few hours later, a man came by asking if I would buy.  Seventy-two hours later we closed the deal uniting la Tormenta and El Gorro.

The farm only had three employees, guardians and responsible for the upkeep and my first instruction was to forbid using the “Machete” indiscriminately and to pick up all the plastic and trash.

Naturally all this represented a heavy charge on my personal budget and I understood that I had to make it profitable and without knowing anything about coffee but having seen that farms around mine planted coffee, I decided that with the aid and advisory of my three workers, to start planting coffee. I decided to carry out trials such as planting fruit trees (apple, pear, prune) to substitute the usual gravilea and cushin.  All my family felt involved with the farm, including my grandchildren, who   today vary from 2 to 22, carving small   ponds where there are rivers to revive the natural life, area where I have been drastic and in agreement  with the neighbors, not letting through trucks and tractor to build a new road, which would have only contributed  to destroying the natural reserve that belongs to Defensores de la Naturaleza.  In some way we have contributed to prevent hunters getting there as well as noisy devices such as radios and motorbikes altering the ecological equilibrium much needed by savage animals

La Tormenta lies between 1,800 and 2,000 meters high near the hamlet of Albores, municipy   of San Augustin Acasaguastlán,  Department  of El Progreso; it has excellent land and water resources; so far we have planted Sarchimor and Catimor, and from this year on we will finish a section with Anacafé 14.    We have also planted 2,000 trees native to the zone, such as arrayan and wild anona which are foodstuff for animals in the woods.

So limited by the buffer zone  of the  Natural Reserve of the Sierra de las Minas, this small farm (of 34 manzanas) compared to the much larger traditional farm, is of recent origin established on virgin land,  has in its cup a deep aroma of purity and heyday.

In conclusion, the farm is a familiar initiative, in which all, employees and my grandchildren take much responsibility and ecological conscience. 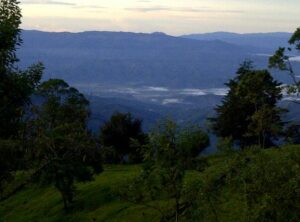 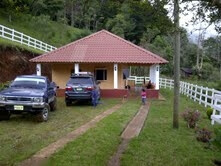 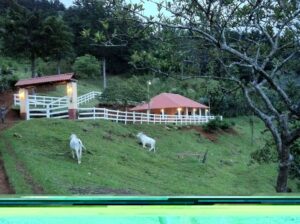 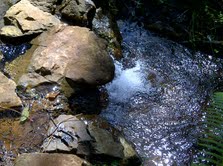 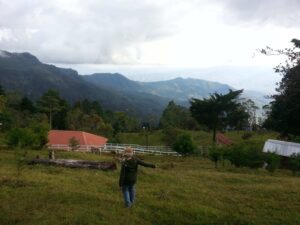 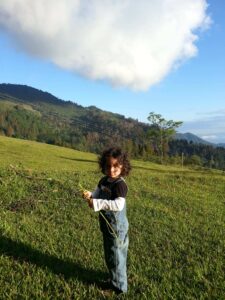 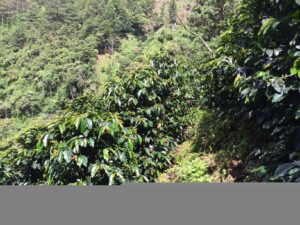 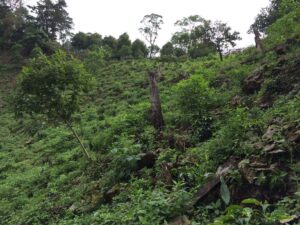 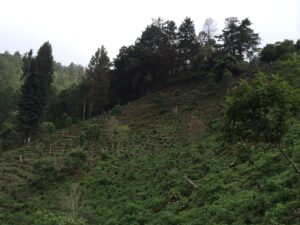 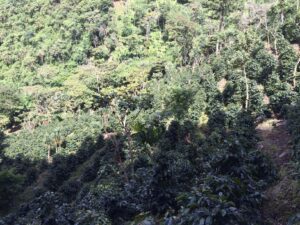 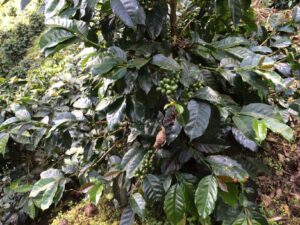 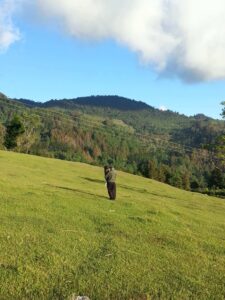 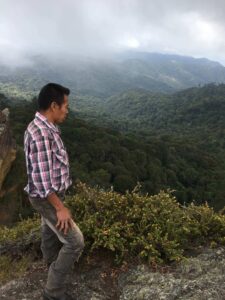