The San Rafael Urias farm is located in one of the most traditional coffee regions of Guatemala, Antigua. It was founded at the end of the nineteenth and early of the twentieth centuries by don Rafael valdes quiroa ana is administrated by the third generation of the values family. The coffee produced by the valdes brother is strictly hard bean (SHB), genuine Antigua type and its grown between 4875 and 5150 feet above sea level; the fragrant they produce have received awards and recommendations for its excellence cup quality, a result of care given to the coffee during the entire process and putting in practice the experience and knowledge established by its founder. After the coffee has been picked, its selected and only the most ripen berries are ran through the wet mill and it is treated by a natural fermentation process and hand washed in 100% pure water. After this, the sunlight dries the coffee on patios raked by hand. The daily routine of taking samples and cupping is part of the strict control in order to keep the quality of the coffee homogeneous. The finch is situated in a special micro-valley, between the “aqua and Fuego” volcanoes, which has a very fertile soil of volcanic origin. The climate is moderate with an average temperature of 25 degrees celsius, a humidity of 60% and harsh rainfalls accumulates 900 to 1,000 millimeters a year, during late may through middle October. The harvesting season is usually from late December through the end of March. The farm os surrounded by hills and crossed by the “Guacalate” river, which is used to provide hydraulic energy to the coffee-processing mill. On a small mountain in the valley some trees typically for the area grow, providing housing and sanctuary for several types of migrating birds. A water spring provides drinking water for household use, for the milling process and for irrigating coffee plants at the nursery. About 280 acres (113 has.) are dedicated to the production of coffee, the rest of the 498 acres are farmed by the working hands to grow, corn, beans, yams, and other field crops for their own, this has been a legacy established by its founder, Don Rafael Valdes Quiroa. 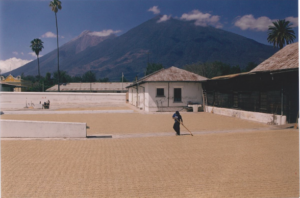 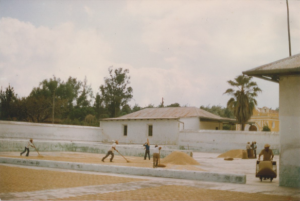 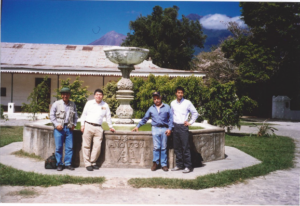 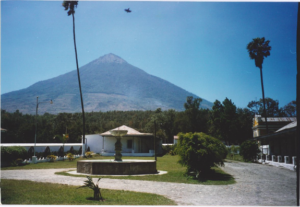 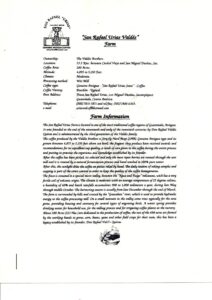 JAUJA - RICARDO ZELAYA COFFEES Jauja was one of the first coffee farms of the prestigious Antigua region. It…