My name is Carlos García Campillo, originally from El Grande, Coatepec, Veracruz. My parents dedicated their lives to work in the coffee farm, which is why my sisters and I learned from the work of the crop.

When I turned 13, my attention was drawn to the work carried out in the coffee machinery manufacturing workshops in Coatepec, which is why I started as an apprentice. I worked until my 30 years in a machine shop in that place, and only during the harvest, I supported my parents.
In 1997 I decided to work in my own workshop and travel to the Northeast Sierra of the State of Puebla, in search of work. In this way I met my wife and in 2004 we decided to get married and live in her Totutla community, where I had work in the workshop and we both had the opportunity to become coffee producers.
The Xoxohuico farm was born in 2014, when we acquired a plot of 4 hectars and decided to plant coffee from the Garnica variety, with a contour line and population density of 3,300 plants per hectare. Sowing one hectare every year.

In this farm we use shade of ingas because they fix nitrogen and protect the crop from drought, frost or snowfall. We control the weed with machete, 4 or 5 times per crop cycle. We feed the coffee trees with fertilizers after a soil and compost analysis that we obtain from the organic waste of the benefit. We control the rust in an integral way, monitoring the disease and applying preventive products based on copper and Timorex Gold. We sow live barriers on steep slopes. In our farm there is diversity, since in a programmed way we plant citrus tree, banana and other plants that serve as food and even ornamental plants are planted there.
A lot of labor is used to work the farm, which is very important for us because we live with several families and have the opportunity to support them with a secure job all year round.

In the harvest season, the time and the amount of sugars of the cherry determine the process that we are going to give to the coffee. We use spring water to wash the cherries and remove those that float.

During the 2015-2016 cycle we decided to work the Natural process because it means carrying out actions aimed at the care and conservation of the environment.
In 2017 we participated in the Mexico Cup of Excellence contest, reaching the tenth position with a sample of Natural coffee, and in the same way in a cup quality contest, obtaining the gold cup. As a prize we obtained publicity and the opportunity to make our coffee brand.
Subsequently, the opportunity to work together with the Technological University of Tehuacán was presented, where through its program of practices 4 students were sent for the development of the brand and the image of our coffee.

From this date, we began the commercialization of our coffee under the brand Noyolo, name that has its origin in the Nahuatl dialect, native of our community, whose meaning in Spanish is my heart, referring to the effort and dedication we put in each of our activities. Our logo is made up of different elements such as two honeycomb cells, alluding to the main attribute of our coffee, its sweetness, as well as two coffee beans that show the main activity of our business.
A year later, with the same coffee process, we managed to place ourselves within the finalists of the Mexico Cup of Excellence 2018 and in this year we obtained the tenth second position in said contest.

We work every day in order to publicize our product, as a specialty coffee that highlights all the natural wealth of our region. 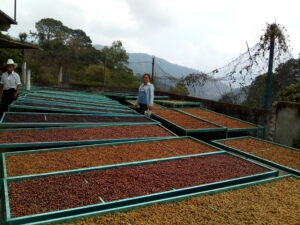 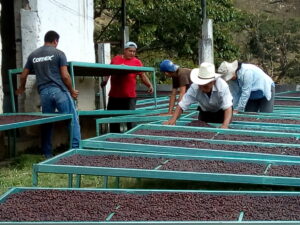 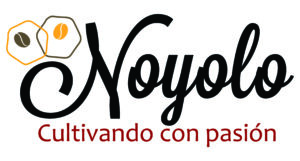 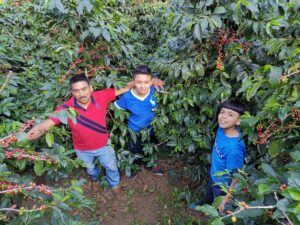 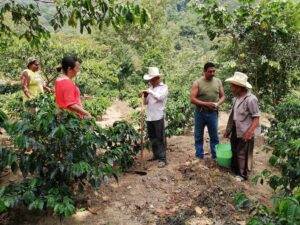 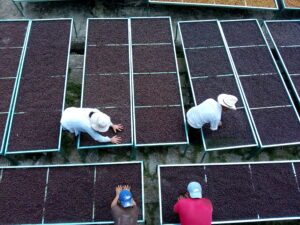 The Ocoteno farm, a Nahuatl voice that means "place of pines" has a small area of ​​0.5 hectares, planted…