The first owner of the farm and who used these lands for the cultivation of coffee in a formal way was Don Alfonso Pineda, who bought said lands in the upper area of Chalatenango, from the El Izotal hamlet. Don Alfonso Pineda and his family run the farm.

Among the social projects is that Don Alfonso Pineda and his collaborators spend working on improving access to the El Izotal farm since arrival is very difficult. There was another social project in pursuit of the children of the area where a teacher was hired for the education of the little ones, which is why the children and their parents were very happy, now that project has been continued by the government.

In addition to these projects, the greatest benefit is the generation of job opportunities in the area, helped in the economy of many families, which have benefited in the place which is very remote, and in the past they have not received due attention to what has been forgotten about any help to its inhabitants, but this is expected to improve since now, through the attention of the incoming government, they already have electricity and first God fixes the street to the El Izotal village. which is a project already approved by the mayor of La Palma.

With the residents of the place, we are organizing ourselves to see how we can find some type of help, for the well-being of the community, since it lacks its basic services, it is worth mentioning: a decent school, a latrinization project, water drinking, health units, but especially access. We also make it known that the Izotal community was one of the hardest hits in the civil war in El Salvador from 1980 to 1990.

History of the El Izotal Farm

This story begins a long time ago when the mother of Don José Alfonso Pineda Solis, told him the story of his father Juan Solís who had a coffee plantation of Arabica variety that was the old Bourbon, telling him that every end of the year they spent cutting coffee , his mother, his other brothers, sisters and other relatives. Don Juan Solís saved a certain amount of money from coffee harvests and thus bought a property almost every year, so his grandson Alfonso Pineda understood that it was a good business, and at that time he always thought that when he could he would build a farm of coffee plantation since his mother Valeriana Solís always talked to him about such a farm and at that time his father did not have a coffee plantation and his grandfather had already passed away.

Sometime later, when José Alfonso was an adult, he started buying a medium-height land at about 900 meters above sea level and was already producing enough coffee, but later he bought a land in 2012, in the El Izotal village, and another in El Picacho and Peña Blanca at a altitude between 1700 and 2000 meters above sea level in which he planted Pacamara coffee, some Bourbon paquitas, Lempira paquita, Noventa, Sampacho and Geisha. Sowing in El Izotal because all the high-altitude coffees are more exquisite, so much so that we have already participated in the cup of excellence contest, an event carried out by the Salvadoran Coffee Council; and also participating in the Trifinio contest that recognizes the best coffees from El Salvador, Honduras and Guatemala, obtaining recognition in said events.

To get to the El Izotal farm there are more or less 125 km from San Salvador, where 82 km are by the Troncal del Norte highway, 18 km from San Ignacio to Río Chiquito which are all steep slopes, and finally 25 km which are by street dusty and super difficult to access, there you can only drive around the wheel because the access is highly dangerous, in other words the last 25 km are totally an adventure, and the street is not suitable for hypertensive people, but a mountain where you can experience a lot of peace and quiet, where the lungs can be detoxified very easily, you do not hear car noises, only the whisper of the wind and the song of birds like the torogoz. And in time to get to Izotal you can go from 4 to 5 hours from San Salvador to the farm.

It was thought to name the Pi-Kcho coffee, because in one part of the terrain there is a peak or hill called Picacho, which has an elevation of 2095.38 meters above sea level, it is a peak that has a spectacular 90° panoramic view when it is clear. because it usually stays wet. To ensure a quality cup, the height above sea level is one of the most important, then the variety where the main one is the Pacamara, although we do not rule out that the other varieties mentioned above always give an excellent cup, and after others. traditional processes that must be done to the letter. That is why the Pi-Kcho brand acquires pleasant aromas, flavors and fragrances that only a high-altitude coffee can give you.

Future projects to improve Pi-Kcho coffee are to improve access to be able to bring everything the farm needs, improve coffee processing facilities (African beds, warehouses and technology equipment) and finally get to export our coffee and make it known.

This adventure has just begun for Don Alfonso Pineda and his collaborators, among whom are his wife, children and workers from different areas of Chalatenango and Izotal, people without whom it is not possible to achieve anything since with their desire to support Don Alfonso Pineda, brotherhood ties have benefited, and development, education, and economic well-being have been brought to more families in need, which had been completely forgotten since times of the armed war in El Salvador without paying due attention to its inhabitants, this being a place in El Salvador where the people and the coffee are of strict and exquisite quality.

So this is an adventure to which we want all of you to join either with a simple advice, a word of encouragement or with your support and participation, which will be of great value to us, said support of which we will be greatly and eternally grateful, keeping them in our daily prayers so that God blesses them abundantly, and that He fills them with health and gives them love in their family lives, and many successes in their work lives as well as in their projects, everything turns out well and according to to the will of God, and may this will be the best for your projects, yours and that of others.

Awards obtained: yes, we have participated in the Taza de la Excelencia contest, an event held by the authorities of the Salvadoran Coffee Council, which we are highly grateful to because in this way we have made ourselves known. 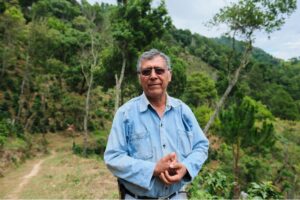 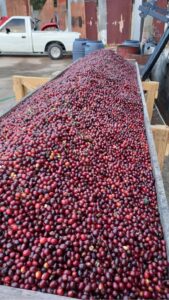 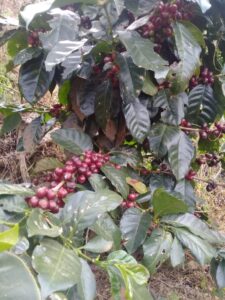 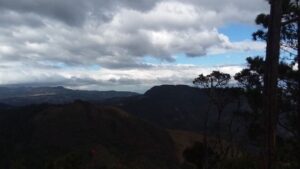 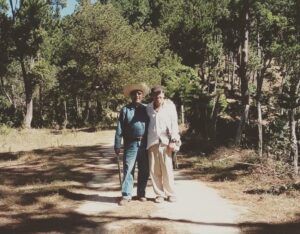