Oswaldo Perez y Perez was born in Agua Dulce in 1917. At the age of 16 his father passed away and he had to step up and with his brothers continue to cultivate sugarcane and panela. In 1940 they founded “EL REFUGIO” and began growing coffee (typica) in an area of approximately 5.6 hectares.
In 1982 Oswaldo Perez y Perez passed away and his tree sons, Alfonso, Joel, and Oswaldo Perez Ramirez, took management of the farm. They continued growing coffee with new and better techniques that resulted in higher yields, as well as experimenting with new varieties (Caturra, Catuai, and Pacamara).
In 1992 Oswaldo Perez Ramirez purchased the farm from his brothers and the neighboring farm to establish Finca El Refugio, with an area of 105 hectares of coffee and 35 hectares of untouched tropical rainforest.
The Farm has its own wet and dry mills, housing for 150 permanent residents, and the “Casa Patronal” Mr. Oswaldo’s house.
… by the way, the name “El Refugio or the Refuge”, is in honor of the people who fled the war in mexico of the 1850/1860, who took refuge not to be captured, crossing the Guatemalan border, and finding in those beautiful mountains the perfect REFUGIO! 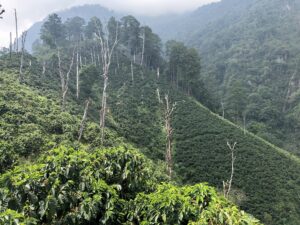 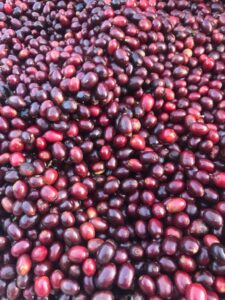 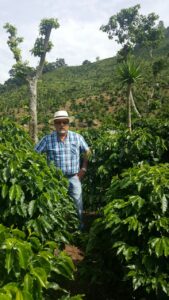