The Sinaí coffee farm with 200 hectares of extension, is in a mountain called "Cerro del Ocote", belonging to the municipality of Santos Reyes Nopala, Oaxaca. The name of the farm, responds to the idea of ​​the Arab origin of the Coffee. 5 Generations have worked under the mission of "Offering high quality organic coffee committed to the constant improvement of the lives of all beings that contribute to its production" and with the vision of "To be leaders in the production of organic coffee, to the vanguard, cultivating the quality of life of all those involved ”. Achieving different certifications ranging from accreditation as an organic coffee producer granted by SAGARPA, as well as its classification as an Environmental Management Unit (UMA) by SEMANART, in recognition of its contribution and care in the management of its processes and its collaboration. with the ecosystem and biodiversity, which was also the reason for being certified as “Bird Friendly” by the Smithsonian Institute, which not only confirms the care given to our coffee plantations, but also to the environment that cradles and protects them to grant a specialty coffee, which has been recognized in various competitions such as "Cup of Excellence Mexico" and which has and complies with the organic certification for agricultural, livestock and wild collection products under the USDA NOP standards for the United States market, and that at FINCA SINAI we take care to work every day with the utmost care to provide a quality standard of living to all those who contribute in the production of our coffee. It was founded 148 years ago (in 1873 to be exact) by the entrepreneur and visionary rancher from San Pedro Mixtepec, Oax., Don Lorenzo Silva at the invitation of a Spanish sailor, who said that the mountains of Oaxaca, from the sea, looked the same to those of Colombia and that, if at that time Colombia was having a great boom due to the planting of coffee, in Oaxaca the same could also be done. Don Lorenzo agreed to partner with the Spaniard, and coffee plants and seeds from Colombia arrived back from the ship, which were planted on land owned by Don Lorenzo and that is how Finca Sinaí was founded. Over time, the farm became the property of Doña Venencia Silva and her son Diego Woolrich Silva, daughter and grandson of Don Lorenzo and, upon their death, Doña Antonia Ramírez de Woolrich, Don Diego's wife, took over the farm. , while her children grew up and could take care of it. Currently, it is in charge of Diego Manuel and Alfredo Fernando, engineer and architect respectively, who have maintained and improved the conditions of coffee production with the trend towards the production of “specialty coffees”. 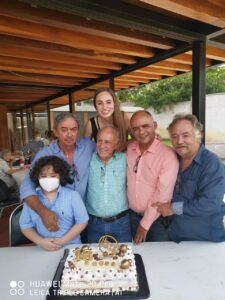 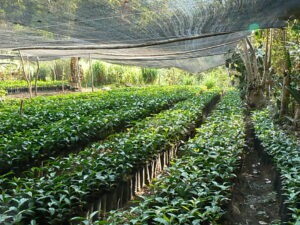 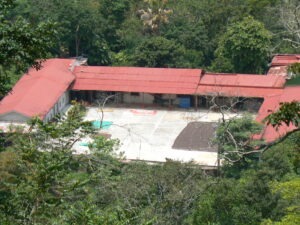 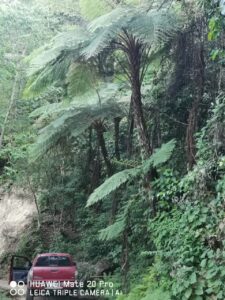 The name of the farm Sinai, responds to the idea of ​​the Arab origin of the Coffee, with 200 hectares of…

Hello, I am Carolina Torres Cortés, current family representative of the family and owner of the Arroyo…