At first part of these lands belonged to a woman named Alejandra who was dedicated to taking care of pigs and cattle but over time she was acquiring more land and hiring more people to help her take care of her animals, she began to cultivate sugarcane and She made many oxen with her carts, the ones she used to take her products to the nearest market, the very old people who worked with her say that at that time they made large patios to dry the money they earned in their businesses but until then everything good.

Investigating with people who were much closer to her, they comment that she was agreed, that is, she had a deal with the devil to become very rich and it seemed very strange how a single person came to own so much money and extensive land, in addition, nobody never knew him family.

After she died, the lands were acquired by Messrs. Calderón, one of the richest families in the country who began to grow coffee in the highest areas of the farm, in their crops they also had oranges, avocado, jocote and mandarins.

This was the time of the famous "chenga" which was a large tortilla with chilipuco beans and a little salt that was served every morning to the farm workers.

After that came the agrarian reform which did not allow the concentration of a lot of land in a single person, so the lands were taken by the army and distributed to the peasants of the area who by then were organized to more than 180 partners and that later, not feeling sure that the lands were really outside of them, they were retreating.

There was a small group of around 80 peasants who stayed to work still under the bullets because at that time the armed conflict began in El Salvador, all the infrastructure of wet and dry processing was destroyed and as if that were not enough they were initiating the payment of the lands which lasted more than 12 years.

After much suffering, they achieved stability and began to market their product first in grapes, then in parchment and finally the Cooperative is marketing coffee in the most demanding quality markets in the world.

Contributions such as social aid are a decent home with all the basic services to the settlers of the community, a pension is provided to people who are already over 35 years working in the Cooperative.

Financial aid to schools and churches.

History:
The cooperative is located in the Caserío El Tablon Osicala, Morazan. 450 people work between fixed and temporary.

The name of San Carlos Dos was because the peasants had a lot of appreciation for Don Carlos Calderón and wanted the cooperative to bear his name but there was a problem that there was already another cooperative with that name so the DOS had to be added so that it could bear his name. 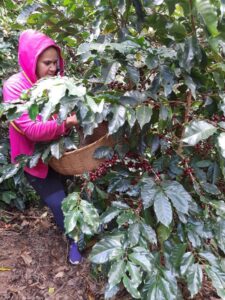 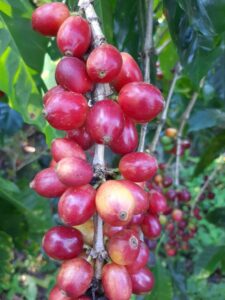 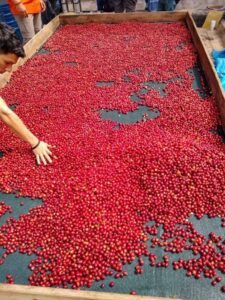 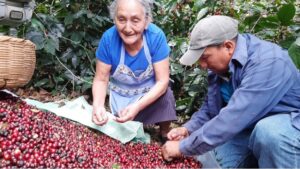 www.riverabalsam.com History of the Farm: It is a property of fifty-six hectares of extension that were…

www.riverabalsam.com History of the Farm: It is a property of fifty-six hectares of extension that…

The farm is located in the east part of El Salvador, in the town of Berlin, Usulután, the cultivated are of…