My name is Duvis Alexis Moreno the name of the farm Las Tres Peñas al 1600 meters, in Las Vegas, Santa Barbara. He moved to San Pedro Sula for about 4 years to look for opportunities, then he had some family problems and decided to leave the country and travel to the United States. He was there for two years and returned to Honduras because it is hard to live without his family. He felt the support of his father all the time, His father has been working with coffee for a long time, that way he knew what Cup of Excellence was, because both his father and his brother participated in, they invited and motivated Duvis to plant coffee. He started planting and so far it has been good, the coffee farm gives the producer family enough to live on. That was how he started working in coffee.
He currently grows the Pacas variety and generates employment for his family permanently and 3 people during temporary periods when additional work has to be done.
On the farm, Las tres peñas they implement conservation practices, conservation of trees such as Sile and Guamo that provides shade to the farm and take care of the coffee farm keeping it clean at all the times. Additionally, they perform good coffee practices as handling and integrated management of pest and diseases.
Organic fertilizers such as coffee pulp and also chemical fertilizers are used in the coffee farm.
The quality of the coffee is what makes Las tres Peñas farm special, due to the age of the coffee plantation which has eleven years old.
Being one of the winners of this program means a success, because this way they can improve the wellness of the producer family as the improvement of the coffee farm, He has been participating in the cup of excellence for 3 years.
Anaerobic and washed are the coffee processes.
They currently export coffee to Taiwan and the United States. 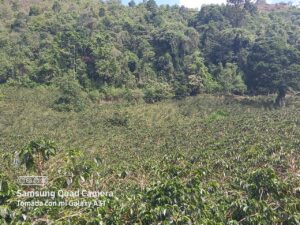 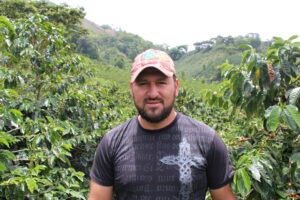 Overview Wilmer Dubon Caballero was born in La Arada, Santa Barbara, nov 03 of 1968 he is married to Irma…