My name is Hugo Alfonso Pineda Rodriguez and I was born in Chalatenango, but I grew up in San Salvador, however, since I was very young I have been involved in the cultivation of coffee thanks to my father. It was the family business that got me involved in the whole coffee process.

When I was a child on vacation I would go to the farm during the harvest period at the end of the year and as a child I would get involved in the harvest traveling from San Salvador to Chalatenango staying for a full week and returning on the weekends. At first we just harvested and processed it at the El Túnel cooperative. We got our own pulper and a small yard. Two years later we had our own mill, several patios and a small warehouse. For the harvest season the pulping was done immediately after the harvest, working well into the night and the next day it was spread out in the patio. Note that it was generic coffee, but at that time coffee sold well.

My life was going back and forth from San Salvador to Chalatenango, living and taking my studies in the city and my vacations on the farm. When I worked at the mill or went to the farm, I would sleep at my grandparents' house. The morning began with a simple breakfast and grandmother's coffee (she herself roasted it on a griddle) and I would be revived for the day's work. It was convenient because the benefit and grandparents' house was close by.
The support of my grandparents Julián Pineda and Valeriana Solís is kept in my childhood memory. My grandmother was the one who encouraged my father to get into coffee growing in the first place, so coffee influenced our lives. It became the family business.

I became fully involved in having my own farm with a clear vision of what I was going to do and I was very nervous because my bet was on good quality, betting on specialty coffees. I was aware that it was for the production of a small lot and I also remember what motivated me to do it, since my father, with whom I had forged, had seen greater profitability in gourmet coffees that gained international recognition. Before we were dedicated to cultivate in quantity and I remembered that the coffee paid well, but with time the selling price of generic parchment coffee was fixed, not allowing it to sell better, as well as its prices went down year after year, but the participation in the cup of excellence made me see another possibility.

History of the farm:
The farm El Pezote was named after the little animal called "pezote" or "mishasho" that was in the farm and because at the beginning we thought of growing coffee from pezote, but it did not materialize because it was an animal protected by the environment.

This lot caught my interest for the cultivation of "specialty coffees". It was P ACAMARA coffee that I had in mind and it took time and hard work to make the farm a reality. Along the way there were several problems that were fixed along the way, such as its accessibility that will require fixing the road that in the rainy season tends to be inaccessible, the hiring of people to work on the farm that year after year becomes more difficult and others; but the evaluation of its altitude and the microclimate of the farm merited it.

Finca El Pezote" is located in the area of La Palma, Chalatenango, at 1850 meters above sea level and has an ideal microclimate for "specialty coffees". The altitude and the cold and cloudy climate of the area make the harvest of this coffee to be late maturing. Harvesting requires three cuts in total, thus assuring a harvest of bull's blood red grape coffee beans. Our company assures the employment of local people. Six people are required for farm maintenance and twelve for harvest time. Trained and specialized personnel for this small farm of 4 manzanas.

For the "Finca El Pezote" it was possible to process it in the stand, with a small pulper and to process it in African beds on the farm. It should be noted that drying was slow and laborious because it was very cloudy in the area. A slower drying process was planned for this coffee, guaranteeing more sophisticated flavors, without neglecting the sudden rains in the area. In this way it was planned to maintain a standardized cutting, processing and drying process, assuring a coffee of uniform quality, leaving nothing to chance and thus differentiating it from the "generic coffees". It was quite a challenge because we did not use what was traditionally known about coffee before. It was the exploration and gathering of information and the experience of my father and other coffee growers that led me to the cultivation of "specialty coffees". It has not been easy, but the perseverance of the people in the field and hard work have pushed me this far and for this reason I am confident that my coffee will be classified in a good position. It is not mere confidence but the security backed by hard work and patience in all its benefits. 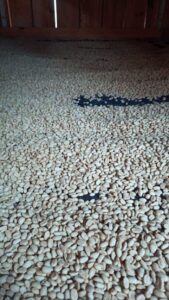 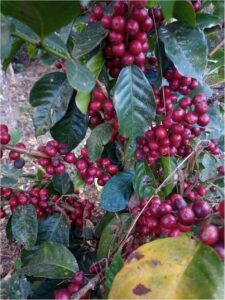 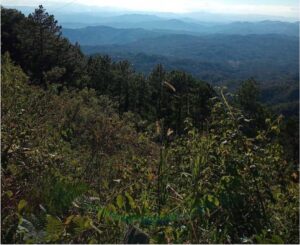 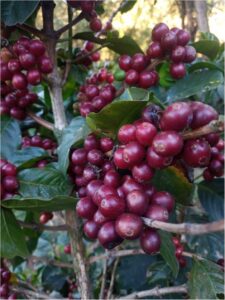 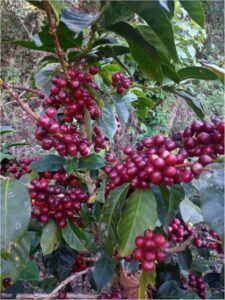 Finca LA PEDRERA is located in the mountains of San Ignacio about 95 km from San Salvador. I am of the 3rd…