Mr. Aurelio Villatoro had the privilege to be born in an environment surrounded by coffee; as a child he devoted himself to his primary, secondary and diversified studies. Once graduated he returned to "Finca La Esperanza", owned by his father, practicing the profession of Automotive Mechanic but with the hope of joining the coffee process and that is how in 1986 he founded his own farm "Villaure", name composed by his last name and first name.
This farm began its work in coffee farming with a very small area but with the enthusiasm, dedication and hard work, its productivity increased year by year. From 2002 to 2020, it has received several national and international recognitions for the excellent quality of its coffee.
Currently, Mr. Villatoro is very satisfied because his sons Jenner Villatoro and Rodin Villatoro (third generation in coffee), are continuing with the effort made by him for so many years in the coffee farming. For the last 6 years, the farm has been exporting natural processes to the countries of United States and Japan. Last year, the farm obtained place number 25 in the 2020 Guatemala Cup of Exellence auction with a natural process. 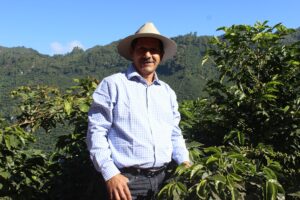 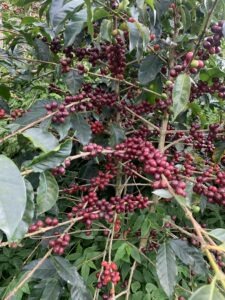