History of the farm
In 1960 Florentino’s father, Firmino Meneguetti, started planting the first coffee fields on the farm. Planting was done in a very rudimentary manner, as the land was still being pioneered. Two seeds were planted in each hole. The varieties chosen at the time were Mundo Novo and Nanicão. Those times were difficult, however. Life wasn’t easy, and the producer and his family confronted unforeseen circumstances and kept going. After the first fields, they prepared beaten floor patios, which did not facilitate the drying process; it was difficult during rainy times.

But things changed over time. New areas with new varieties were planted on the farm and they’re still there today: Caturra, Catuaí and Catucaí (785). In this new phase, they started drying on concrete patios with a greater volume of coffee. Time passed, Florentino married and had four children (three girls and one boy), who help with the coffee. In 2007, they finally learned about specialty coffee processing and since then their story of making superior quality coffees truly started. The women in the family help with the drying process.

By improving crop treatment, harvesting and drying of the beans, results appeared, and they achieved coffees scoring higher than expected. This helped them stand out in their region and they began to be known for producing high-quality coffees.

Coffee processing system
Ripe fruits were picked and washed in a tank. Next the beans were hulled and kept in a tank with water for 12 hours. The following day, the coffee was spread on covered African beds where it remained until reaching 11.5% humidity.

Concern about quality
In 2007, they began producing specialty coffees and saw a path with no return, not only for aggregating value to the product, but also for being a food which requires the best care possible. There’s nothing better than knowing that your customer loves drinking your coffee! 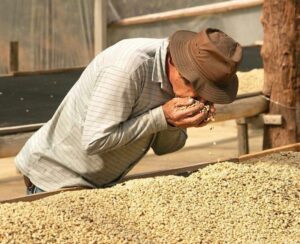 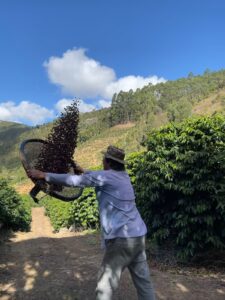 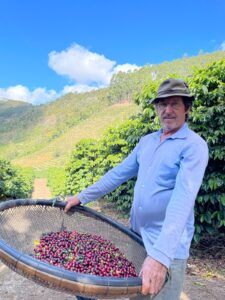 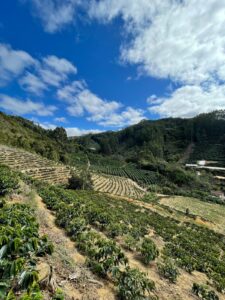 Farm Histroy Sitio Boa Sorte, located in Vila Pontoes, is at an altitude of 850 meters. The region is…