We come from a long line of coffee growers and our agricultural practices have been inherited from father to son for over six generations.
​
Back in 1870, Fabio Morán and Epifanio Silva decided to conquer the hostile territory of the Santa Ana region of El Salvador, sowing coffee trees in one of the highest summits of the Apaneca-Ilamatepec mountain range. They named the farm La Siberia, for its chaotic weather conditions, along with its difficult accessibility.

Because of its unique micro-climate, coffee matures later in Siberia than in the rest of our farms. Fabio Moran and Epifanio Silva used to bring the coffee down using mules. They would go up and down the mountain carrying every single bag picked with the local workers.

One century later, Rafael Silva inherited the property. It is located between 1,450 and 1650 meters above sea levels. He has worked it up to be one of the best coffee producing farms in the world.

The farm used to be 100% Red Bourbon, but Rafael Sr., who is always looking to improve on quality and productivity, decided to experiment with Yellow Caturra and Pacamara as well. The results have been amazing.

All this, the experience of traveling to this farm, and the quality of the coffees from Siberia are what have made Siberia a world-wide renowned single estate. Now, certain areas have been evaluate to be planted with new varieties that are soon to start producing. Some of them are: Java, SL-28, Yellow Pacamara, and Geisha. First harvest for the SL-28 will be 2020-2021, for the rest we will have to wait 1 or 2 more harvest to start testing their cup qualities.

One day, when visiting the farm, Rafael Jr. was told by the farm foreman that they needed to check out some coffee trees that have sprouted in different areas of the farm, but they have all the same physical properties. There were 12 trees in total, but the foreman was right, they had the same physical properties so Rafael went on to pick the coffee cherries and taste them. They were very different from the Bourbon and Pacamara cup profiles. Physically, the trees have a very big foliage, the cherries are very big (bigger than Pacamara cherries), they have a pointy end at the tip of the cherry, and do not grow too tall. He then went back to the farm and took leaves as instructed by Syrah in France to have them tested for their DNA trace. The results came back saying it was Bourbon. The following year, he selected some of the cherries for seeds and the rest to try again in the cup. Those seeds have now grown into small plants and are ready to be planted back at Siberia. 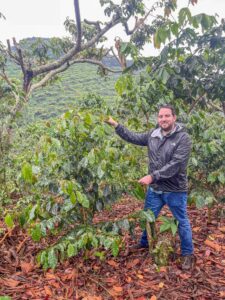 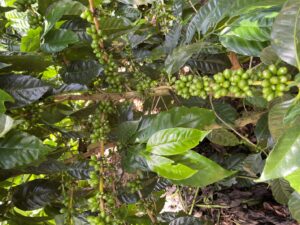 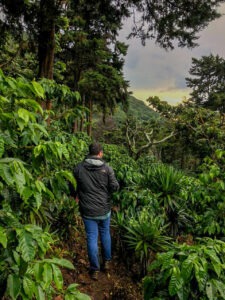 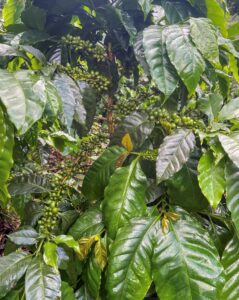 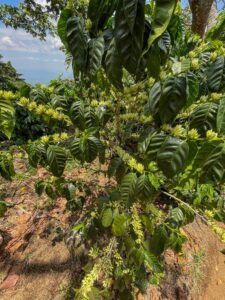 My name is Hugo Alfonso Pineda Rodriguez and I was born in Chalatenango, but I grew up in San Salvador,…

Finca LA PEDRERA is located in the mountains of San Ignacio about 95 km from San Salvador. I am of the 3rd…