The first owner of this farm was Mr. Jesus Aguirre Panama, who acquired it in 1874. He began cultivating sugar cane to produce crystallized sugar locally known as "panela", corn, beans, and tobacco. During 1900 he started planting coffee, and called this section EL INJERTO (The Grafting), since this was what started the agricultural development in the area.

The current owner is Arturo Aguirre Escobar, representing the third generation of his family. He has worked the farm since 1956, when the production was approximately three hundred (300) bags of 100 pounds.
EL INJERTO has a total of four hundred and forty seven (447) hectares, most of them are between 1,500 and 2,000 meters (4,921.26 - 6,561.82 feet) above sea level, all planted with coffee, fruit orchards, basic grains and ornamental plants. The remaining hectares have been preserved as a thousand-year-old virgin forest, which gives the farm its special climate and adequate conditions to have clean water that springs directly from the mountains. In addition, it constitutes the perfect habitat for flora and fauna; and especially allows the production of coffee in an eco-system preserving our natural environment. The forest area surrounds the coffee plantations. The farm has an annual rainfall of 1800-200 mm per year a relative humidity of 75% and an average temperature of 73°C (23°C). The soils are volcanic, profound, well drained, and with high contents of organic matter. Visit El Injerto's website ---> http://www.fincaelinjerto.com/
Twitter: @elinjertocoffee
Facebook: http://www.facebook.com/elinjerto 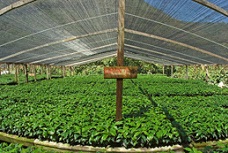 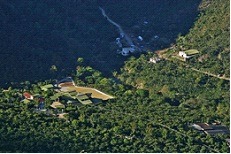 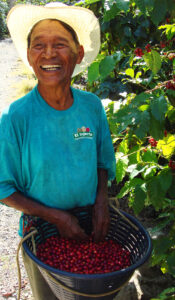 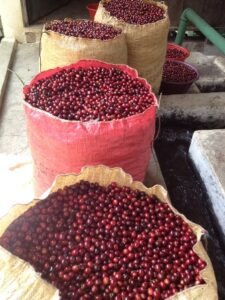