I have been a second generation coffee grower for more than 30 years, my father
was a coffee grower and he inherited my passion for coffee and a small plot of land
cultivated with the pacas variety. Since then I have enjoyed making coffee nurseries
to plant my own plots and sell to other coffee growers.

But in 1996 I emigrated to the United States leaving my wife and children for 2 and a
half years and returned with a little savings to buy the land Cueva de la Olla and with
much cost I made my farm, since then I have worked hard, many times acquiring
bank loans that with much hard work I have been able to cancel; As a coffee grower I
know what it means to endure rain and sun; sometimes with a lot of fatigue, but
always making the effort to improve the quality of the coffee, with the hope of
achieving a good price as a reward for all the work that we have done with my family
during all these years. In addition, for more than 5 years I have been selling ground
coffee of the pacas and pacamara varieties under the name of ANDREAS'COFFEE
and recently starting with the geisha variety; if you are wondering why that name? It is
because my youngest daughter is called ANDREA because I am the father of four
children, with my coffee I have been in fairs and tours. Together with my family we
have worked to get to where we are now, thanks to God and the effort we are making,
we have been able to improve the quality of the coffee we are producing. I invite
national and international buyers to value the effort with which we have cultivated our
coffee.

History of the farm:
In 1998 I was already a small coffee producer in a small portion of a farm inherited by
my parents, I bought a piece of land that they called cueva de la olla, since that area
was called that way because the former owners said that many years ago they found
a very old clay pot in a cave in the area, in 1999 I started planting coffee of the paca
variety because for that purpose I had bought the land, In that same year I planted
11,000 coffee plants and decided that the farm would be called Cueva de la Olla as
the area is called and every year I planted a certain amount of coffee plants but it was
not until 2010 that I decided to plant the pacamara variety in an area of one block of
land.
Since I had been told that this variety of coffee had an excellent flavor and was
preferred by consumers, I began to increase my farm.
Currently we have 6 men working on the farm, with which they support their families
and during the harvesting season we employ an average of 25 people.
The extension of the farm is 14 manzanas, 12 manzanas are cultivated with the
varieties pacas and pacamara including their respective shade and 2 manzanas of
deciduous forest, which we have wanted to maintain to contribute to the conservation
of the environment.

So far the farm Cueva de la Olla is a place where you can see a lot of diversity of
fauna and flora,
The farm is located in the canton of El Túnel, La Palma, Chalatenango, in the hamlet
of La Montañita on the road to the Cueva de la Olla.
2022 was the first time participating in Cup of Excellence. 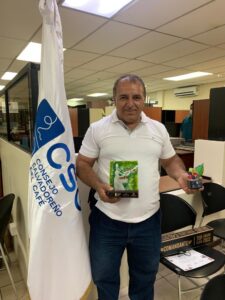 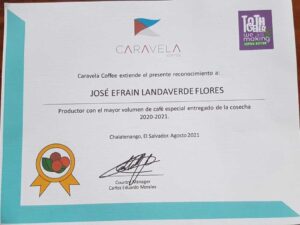 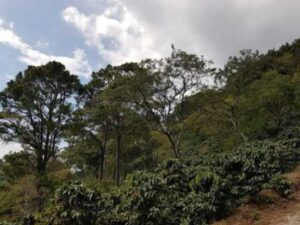 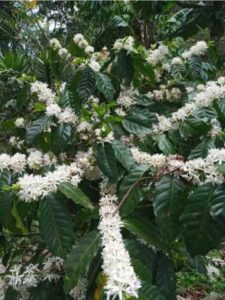 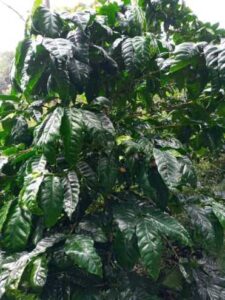