The Finca La Palta is located at an altitude of 1650 meters above sea level that Elmer Tineo Mendoza began at 23 years of age, at the beginning, Mr. Elmer worked without a vision, he was only interested in producing coffee and nothing else , but from 2015 when he sold his coffee and told him that he had a good score and that was good, it was there that after that, Mr. Elmer asked his son Elvis to find out about coffee scores, was then that began to work the cultivation of coffee with greater vision and orientation, following the advice of your child
In 2017 when the first competition of the Cup of Excellence was performed, Mr. Elmer and his son traced the goal that would reach the first posts of the competition
, from there they began to work the exclusive café cultivation in different processes, such as washes with prolonged fermentations, semi anaerobic, honey with different types of drying, but the one that best achieved was that of the natural, at present the 50 % of production is natural process.

Mr. Elmer lives in El Caserío the diamond of the province of Jaén, along with his wife and three children, Elvis his eldest son is in charge of performing the aforementioned processes and Mr. Elmer to monitor the harvest advising the harvesting that Just collect mature grains. What makes Mr. Elmer most is that his coffee is consumed in different parts of the world and that every time someone tests his coffee he feels happy to perceive exquisite flavors and aromas, so he will know that all the effort and dedication was worthwhile. 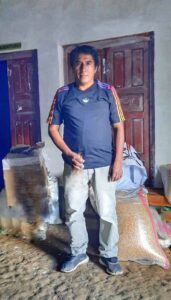 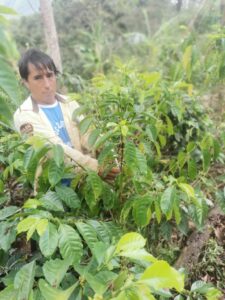 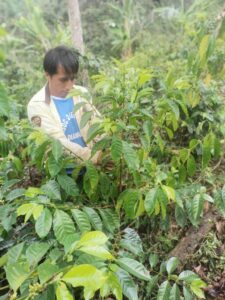 Lizana Morales Grimanés belongs to the third generation of his family who works in the Coffee Cultivation,…