The first time Alejandro went to a farm he was 6 years old, since then he love to visit ROSMA the farm of his father, all his childhood he joined his Dad to the farm and asked as many things as he could and that is how he got in loved with coffee. He moved to Guatemala City for 18 years until 2015 Alejandro went back to Huehuetenango city with his family to stablish and get back to work in the coffee business. He bought a land near Huehuetenango City and his dream was to have his own farm, but climate conditions in Huehuetenango City is not so good for coffee plantations; with the experience of the family growing coffee for 40 years the plantation started with a manual irrigation system and having planning to get an exotic variety he started the nursery of Gesha. The farm was called LA GRAN MANZANA because it is a beautiful garden of coffee into the city, Alejandro´s mother got the idea of the name.

In 2021 the first crop has given the flavors expected and coffee trees are healthy and growing, many techniques of getting organic fertilized have been used to reenforced and enriched the soiled given better nutrition to the coffee trees.

During the first years that the first harvests were obtained, different processes were carried out to determine the best process for the variety and for the microclimate conditions; with the help of his brother Fredy, They were able to determine together through many tastings that the best process with which many flavors and textures were explored was the Natural process with slow drying in the greenhouse.

The goal at La Gran Manzana is to produce Gesha of the highest level for connoisseurs around the world who are looking for such an exotic type of coffee. 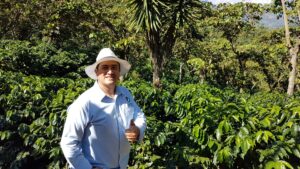 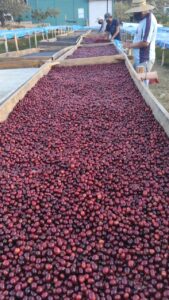 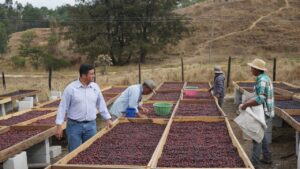 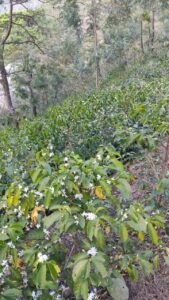 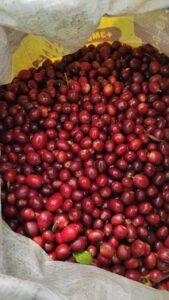