In this area of San Andrés de los Gama, during the years from 1940 to 1950, there was a mine named “Mineral del rincón”. In the mine they extracted many minerals as gold, silver, copper, among others. It was a marked economic movement towards / away a very high transit of goods from the Gulf between the Pacific. In 1945 the first coffee farm was established in the town of San Andrés de los Gama named “Don Telésforo Carreón”, with a surface of less than half a hectare, followed later by "Don Patricio, Don Bulfrano and Don Gabriel ", with a surface little more than one hectare. The coffee was cultivated as a hobby, for self-consumption. It was not until 1979, when Don Leon Barrueta Rodriguez (the father of the producer Federico) started to see coffee as a business. He took the green coffee and sold it in Tejupilco. Mr. Leon had the interest in coffee as business for several reasons: was a good sustitute for pear (high cost)and peach (very delicated and irregular profitability) for sale. In the coffee they found very noble things, as they could store and dried and later commercialized did not require care such as pest control, but only weeding and cutting the cherry. In 1980, Mr. Barrueta Rodriguez introduced coffee plants, of the yellow caturra variety, from the state of Hidalgo in Jojutla. In 1994 the government of the State of Mexico, encouraged the cultivation of coffee, bringing diversity of varieties. So, in the farm there are yellow and red, tall and short, meaning a mixture of varieties , because the intention of Finca La Ilusion is to renew the farm standardizing the lots by variety selected for its quality. Now, producer Federico Barrueta Barrueta, son of Mr. Leon with his family have Farm La Ilusion (the illusion) working from a germplasm bank of three coffee species: Arabica, Canephora and Liberica. With the Arabica species there are more than 12 varieties. For 5 years they started with a nursery with high quality rust resistant coffee plants, which are fertilized with organic inputs made personally. Also, they try to take advantage of the pulp and husk as it goes to the compost and later reincorporates to the coffee crop. They also use the Mucilage to produce natural fertilizers and microorganisms. The coffee during the time of harvest is pulped on the day of cutting, after its fermentation, it is washed and dried in the sun in "zarandas", after drying is selected by hand removing all defective grains. When it is ready, it is stored. The rainy season starts in middle of May and finishes in middle of November. The harvest season begins in March until May. Mr Federico produces washed, naturals and honey. The trees that give shade to the coffee plants are avocados, peach tree, macadamia nut tree, capulín (prunus serotina), among others. For this lot the producer withdrawed the vains grains, the coffee was put in 450-liter container water tank for 3 days. It was immediately pulped and returned to ferment on time in plastic bags Grain Pro for 2 or 3 days. It was immediately washed twice, and floated again, removing the floats. Later, the parchment was deposited on sieves a direct day in the sun and then to the shade ahead 12 days on average, and later the coffee was repose between 12 and 55 days. When it was on sieves, all the pulp was removed. 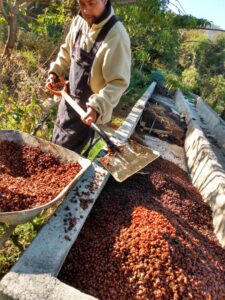 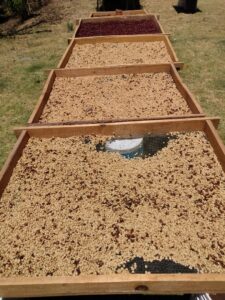 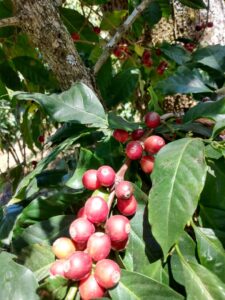 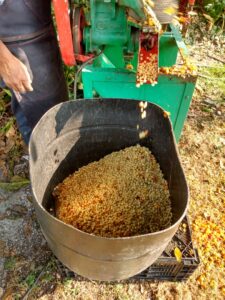 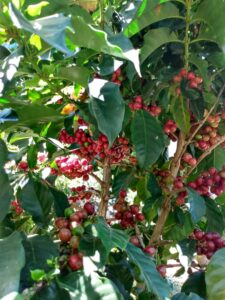 We are finca Consolopan, a family that has been producing coffee since around 1930. The farm in general has…

The finca was founded in 1880, but was purchased 10 years ago.We had to renovate 100 hectares. Our goal has…