Coffee processing system
Today most of the farm’s coffee is processed in the wet method (pulped natural). All the coffee on the farm is dried on African beds, in which the producers attempt to delay drying as much as possible, without interfering with the workflow, as they have observed that slow drying increases the quality of the beans. This lot is pulped natural, of the Red Catucaí variety, in which the coffee dried together with the husks on the African beds. The drying process lasted 28 days, until reaching the desired humidity.

Concern about quality
To make quality coffee, the producers worry about several aspects, from the fields to the warehouse. They are concerned with cultivation of the crops and always think of how to do everything more efficiently, seeking quality and productivity in their coffee in a way that is not harmful to the environment. While harvesting each plot, the producers are careful to pick the fruits at their peak ripeness. They seek a maximum of care during post-harvest processing, during which all drying is done on African beds as slowly as possible. When the coffee reaches the ideal humidity, they allow it to rest inside the parchment before processing it, as this process improves its quality." 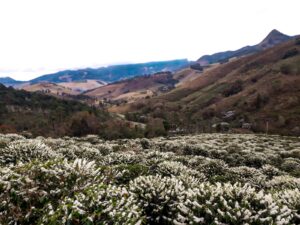 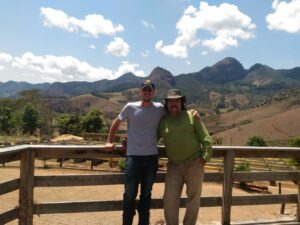 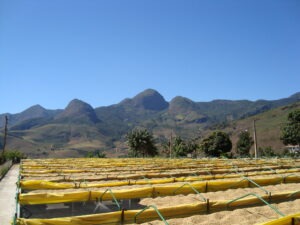 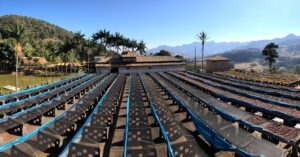