Iqbal Arisa which is fondly called Iqbal is one of the millennial generation farmers, after inheriting his job as Gayo farmer since the era of his great grandfather. Other than his parents farm on Bies, Iqbal also owns his own farm in Bebesen, Takengon with altitude of 1500 – 1600 MDPL, with the varieties of coffee ranging from kopi tim-tim (hybrida de timor), abyssinia, and ateng super.
His concern for the continuity of farmer’s regeneration in central Aceh and his strive to improve the coffee value of his area has pushed Iqbal to leave his parent’s expectation and his dream to be a professional at the capital after finishing college as a government bachelor. It wasn’t easy for Iqbal to make this decision since his parents don’t want the next generation to be farmers like they are, for his parents see their own profession as not promising and not a good prospect.
Aside from being a farmer, Iqbal also creates a processing house to improve the value of coffee in his area, named “Teluk Gayo” Farm & Processing, collaborating with his colleague Klaus Rikardo who shares similar vision with him. Together they build Teluk Gayo after seeing local farmers who usually only sell red cherry or Asalan grade coffee beans at best.
After various chances Teluk Gayo established good connections in Takengon inside out to finally develop Gayo Mahestu cooperative Indonesia, which is National scaled cooperative whose members are millennial generation farmers from Gayo plateau area who just regenerate after their parent’s generations. This cooperative facilitates collaboration between farmers and processors in Takengon and Bener Meriah to make sure of “Sustainability Coffee Beans” to customers.
After Teluk Gayo’s processed beans made it into international level via Cup of Excellence Indonesia, it is one big achievement for Iqbal for his dream to improve his region’s beans value and show the locals not to look down to farmer and coffee processor as profession, and ensuring his mission for the regeneration of Gayo Farmers. 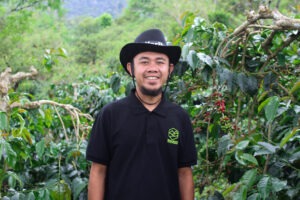 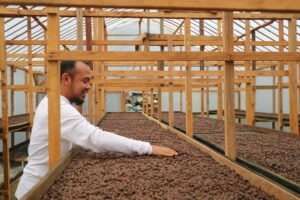 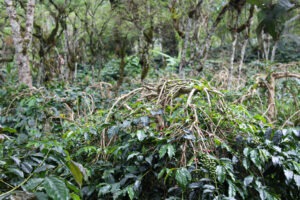 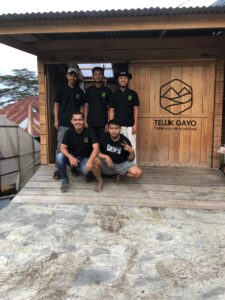 The coffee plantation started in 2008 at Pantan Musara village, Takengon. Initially only 1 hectare of coffee…

In the middle of 1998 I started my journey to Pantan Musara village for teaching at elementary school. This…