The heyday of Finca Milan dates back to the late 1800s, under the direction of its ex- owner, Dr. Pío Romero Bosque who was President of the Republic from 1927 to 1931. Currently it is observed in Finca Milan remnants of historical infrastructure in disuse that give an account of what was the prosperity of the farm. This has profit remains of washing and fermentation piles, drying patios and the platforms of a cable car that transported coffee from the lowest part of the farm to the top, to be exported like coffee in gold.

The family of Dr. Romero Bosque maintained the property until the 1980s when he was expropriated during the Agrarian Reform that took place in El Salvador, conserving from that moment only the right of reservation.

HISTORY INFORMATION:
In 2010, the current owners bought the children of Dr. Pío Romero Bosque that reserve right and began the process of replanting the entire farm, replacing plan- old Bourbon productions by new varieties such as: Bourbon 300, Catuai, Villa Sar- chi, Marseillaise, Pacamara, Gesha, Yellow Bourbon, F1, Obata and Bourbon reseeding Traditional red. Later they acquired plots of neighboring farms forming in the currently a property of 350 blocks, of which 180 are totally renovated and 88 are seeded with Old Bourbon. As a policy of the Finca, it is much attention to the well-being of the worker and the quality of the coffee, not using any of hazardous pesticide and equipping workers with uniform and equipment daily protection to perform their tasks.

Social Program:
When acquiring Finca Milan, the current owners found twenty families of settlers who lived in very poor conditions. His first action was to change these constructions immediately. Electric power was installed and the water from births was brought closer to the people. Twenty concrete houses were built with a drinking water system, energy electrical and sanitary service. The settlers of Finca Milan have seen their lives transformed.

Second, having detected that the closest health unit was up to that point at the time in Jayaque, Finca Milan built a complete health clinic that has actually full-time nursing service, and a female doctor who attends the clinic twice a week. In this clinic there are permanent consultations of health, medicine delivery, vaccination days, cytologist, laboratory tests, talks on health care, and control of nutrition of children and control of women pregnant for the whole area. This clinic serves not only workers from the Finca, but to the entire surrounding community.

It is important to mention that, at the beginning of the pandemic in 2020, the Finca Milan clinic gave talks, distributed masks and alcohol to members of the Community and monitored daily temperature and health of workers. As a consequence of this care, no colonist on the Farm suffered from COVID.

Third, the farm had on its grounds a small school with poor infrastructure, without drinking water and poor quality energy service. School enrollment and attendance of the children in the area was very scarce. To support the community, Finca Milan remodeled the school completely, installed water and electricity, built bathrooms, and purchased desks and computers. As a policy of the Farm, the workers are exhorted to take their children to school which has allowed today to handle two shifts of attendance. Teachers' salaries have also been absorbed.

During the felling season, it was observed that workers who came from abroad brought their young children and left them in the streets of the Finca in the care of their little brothers greater. For this reason, Finca Milan installs, during the cutting period, a nursery so that young children are in the care of a social worker and a nurse who feed them daily as part of the care.

At the end of each harvest, Finca Milan celebrates a celebration of appreciation for all the workers and their families to whom it provides food, entertainment and gifts.
Quality assurance
During the harvest, Finca Milan has instituted a surcharge per arroba of coffee cut to hand to ensure workers deliver fully ripe grape coffee.

Bee hives have also been installed in different parts of the farm to control contribute to pollination and obtain coffee-flavored honey.

Irrigation System Installation
Currently Finca Milan is innovating in the coffee industry in El Salvador through a process of capturing rainwater through a reservoir, and pumping of water to an irrigation system by micro drippers in buried hoses at the level of the estate. This will allow control of flowering, allow fertigation and avoid long periods drought. The process has started with 50 blocks located between 1400 and 1450 MSNM. 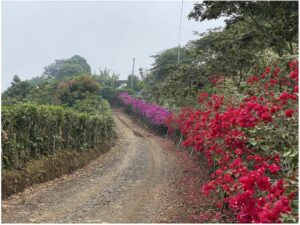 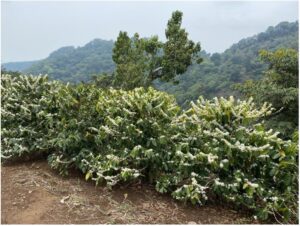 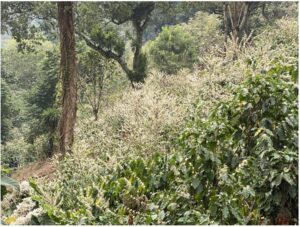 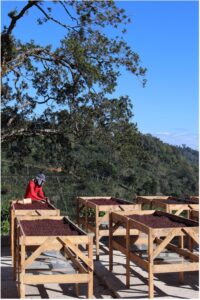 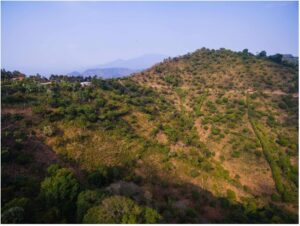 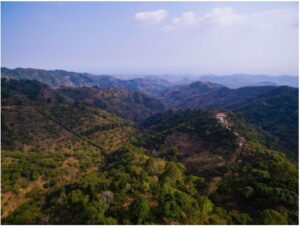 History of the Bonita farm: located in canton Jocotan at an altitude of 1800 masl, 3 years ago we bought 6…

ABOUT US La Pacaya farm was born in 2004, when  the idea of the first farm in El Salvador focused…